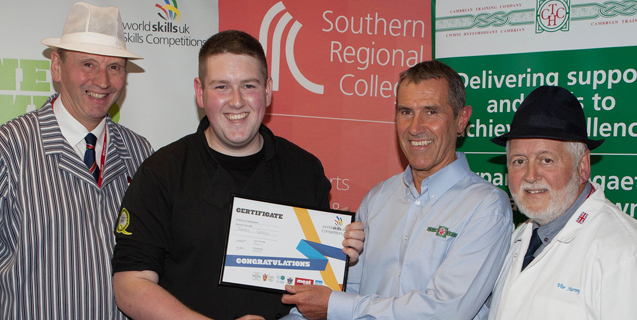 Twenty-year-old James Gracey, of Quails of Dromore in Co Down scored the most points in the Northern Irish heat of the WorldSkills butchery challenge.

Commenting on his win, the young butcher said this would help him become more confident. “It shows that I’ve learnt new skills and I can bring new skills into the workplace, and it proves that I’m progressing on,” he told Meat Trades Journal.

Gracey said the competition was tough, but his hard work had paid off. “I just put as much effort in as I possibly could have and tried to show off things as well as I could.”

As well as taking part in the WorldSkills butchery competition last year, he also competed in the Premier Young Butcher Awards in April.

Preparing for the finals in later this year, Gracey said he would “put my head down” and get the work done.

The six butchers who score the most points out of the Welsh, Northern Irish and English heats will take part in the final in Birmingham’s NEC in November.