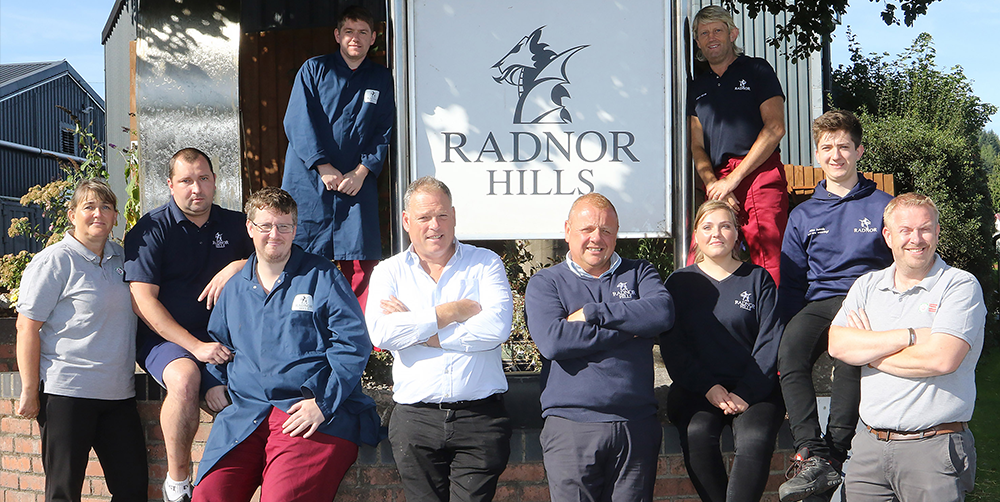 The company, which has a workforce of 181 at Heartsease, near Knighton, has seen 20 per cent business growth in the last two years, including a record year in 2018.

As a reward for its successful investment in apprenticeships, Radnor Hills has been shortlisted for the Medium Employer of the Year Award at next month’s Apprenticeship Awards Cymru, the annual celebration of outstanding achievement in training and apprenticeships.

Thirty-four finalists in a dozen categories are in the running for the prestigious Apprenticeship Awards Cymru, which will be presented at a high-profile ceremony at the new International Convention Centre Wales, Newport, on October 24.

The awards showcase the successes of the best learners, employers, tutors and assessors in Wales who have excelled in contributing to the development of the Welsh Government’s Traineeship and Apprenticeship programmes.

Radnor Hills now has 53 apprentices across the business with a range of food, team leading and leadership and management qualifications, from Foundation to Higher Apprenticeships, being delivered by learning provider Cambrian Training. Engineering qualifications are delivered by Hereford College.

Apprenticeships, initially introduced for a trial period, quickly became a permanent feature as the company saw the positive impact they were having on staff and business performance. They are now at the core of the business as all new recruits are offered apprenticeship opportunities.

Manager Paul Whiffen, a Radnor Hills employee for 10 years who is responsible for a £4 million budget, doubled output within his department in the last year.

“Apprenticeships have had a truly transformational effect on both our employees and the business’ growth,” said General Manager Dave Pope. “They allow all employees to get involved in business development and new ideas and makes them feel more included and engaged in our plans.”

Chris Jones, Head of the Food Manufacturing Business Unit at Cambrian Training, said: “Never before have I seen such commitment to learning by a company so quickly after engaging with apprenticeships and the benefits to Radnor Hills and their employees is a delight to see.”

Minister for the Economy and Transport, Ken Skates, congratulated Radnor Hills and all the other shortlisted finalists.

“Our Welsh Government’s Apprenticeship and Traineeship programmes are helping increasing numbers of people to gain the skills and experience that we know businesses across all sectors of the economy in Wales really need,” he said.

“The Apprenticeship Awards Cymru provides an excellent opportunity to celebrate and showcase the achievements of everyone involved in those programmes from our star apprentices and employers, to learning providers and trainees.”