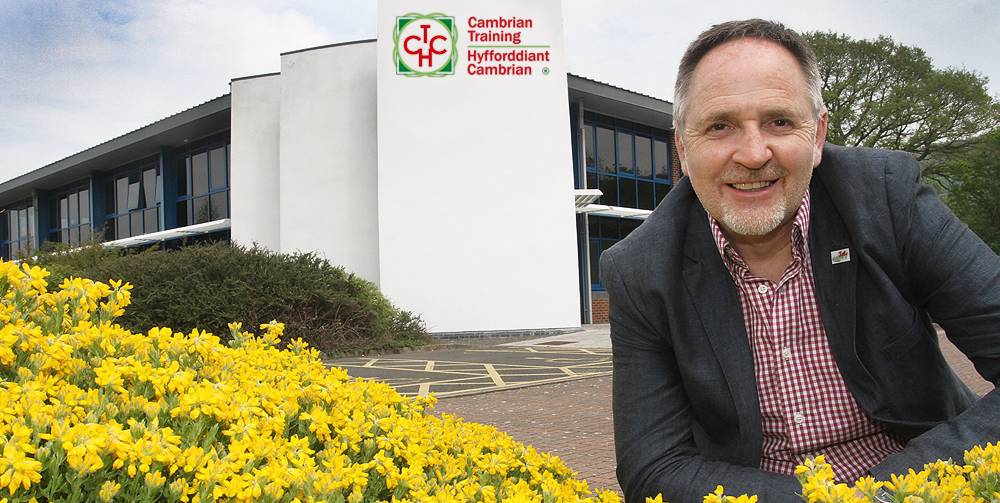 Peter Webber, chairman of Cellpath in Newtown and Arwyn Watkins, OBE, managing director of Cambrian Training, based in Welshpool, are each shortlisted in two categories.

Mr Webber is no stranger to the awards, having been named the Entrepreneur of the Year at last year’s inaugural event.

Scheduled to take place at the Village Hotel and Leisure Club, Cardiff on August 26, subject to COVID-19 restrictions, the awards are sponsored by Audi Sinclair Bridgend and are in support of The ABF The Soldiers’ Charity Wales.

Mr Webber, 84, who lives in Berriew, is a serial entrepreneur. He did his National Service in the RAF, entering as a leading aircraftsman and being promoted to corporal junior technician.

A chartered engineer, he worked for several scientific instrument companies before, in 1966, setting up a joint venture with a US company which became Thermo Scientific.

He sold his shares in 1970 and has worked for himself ever since, developing several ideas and forming a company which is today known as CellPath. The company, which is now run by his sons, Paul and Philip, specialises in cancer diagnostics consumables, has a turnover of £10m.

“The company started manufacturing in Newtown in 1982 with three employees and today has a workforce of 100 and exports worldwide with plans to further expand globally,” said Mr Webber.

“I am proud to have made a significant contribution to pathology for more than 50 years by introducing a series of innovations.”

Mr Watkins, a farmer’s son from Llanwrtyd Wells, joined the Army as an apprentice chef in 1978 and has maintained his commitment to apprenticeship programmes ever since.

On leaving the Army in 1992, he joined the Merchant Navy, working for Stena Line and became a catering college lecturer in Kent before returning to Mid Wales to join Cambrian Training Company in 1998.

In 2002, he led a management buy-out of the company which has enjoyed considerable growth and success under his leadership. The company was named Apprenticeship Provider of the Year at the 2007 and 2012 Apprenticeship Awards Cymru.

Mr Watkins, who lives in Llanfair Caereinion, is a key figure in the work-based learning sector in Wales, having previously served as chairman and chief executive of the National Training Federation for Wales.

In the New Year’s Honours List in 2018, he received an OBE for his services to education and training in Wales.

Passionate about developing chefs in Wales, he coached the Welsh Junior Culinary Team to a Culinary Olympics gold medal in 2004, was appointed president of the Culinary Association of Wales in 2015 and is a member of the Worldchefs Feed the Planet Committee.

In 2018, he received the Worldchefs Presidents Medal for promoting the advancement and profile of the culinary arts and profession in Wales.

Mr Watkins is currently leading Wales’ bid to host the Worldchefs Congress and Expo 2024 at the International Convention Centre Wales, Newport. Wales face Singapore in the final ballot on August 15 to host the congress.