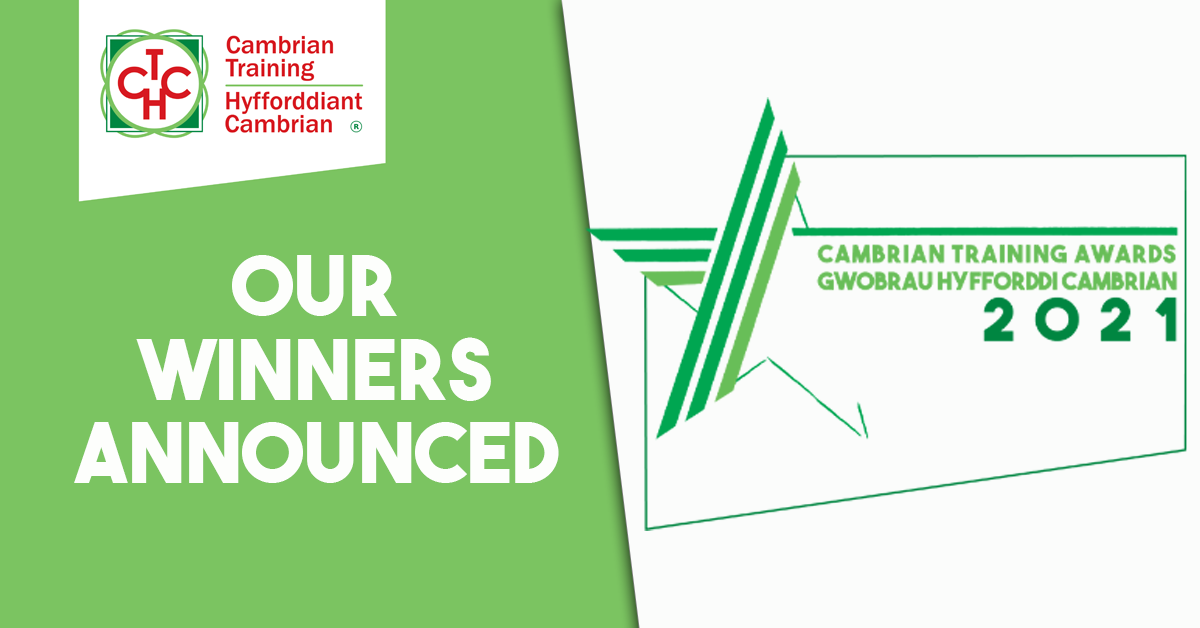 The company and its employees celebrated three awards at the event which recognised employers and learners who have excelled in apprenticeship, skills and employment training programmes delivered by Cambrian Training Company.

Fifteen finalists were shortlisted for awards in eight categories. To be nominated, employers and learners must be engaged with programmes delivered by Cambrian Training Company. With offices in Welshpool, Holyhead, Colwyn Bay, Llanelli and Llanelwedd, the company delivers work-based apprenticeships pan-Wales.

The other award winners were: Outstanding Individual of The Year: Joseph Hembrough,  fishmonger / manager at The Menai Seafood Company, Port Penrhyn, Bangor

Winners of each category will have the chance to be put forward for the prestigious Apprenticeship Awards Cymru, which are jointly organised by the National Training Federation for Wales and the Welsh Government.

Katy Godsell, Cambrian Training Company’s marketing manager, congratulated all the winners and praised the high calibre of all finalists.

“These awards celebrate the achievements of those who have exceeded expectations during their engagement and commitment to their apprenticeship training and skills programmes,” she said.

“They have shown a unique approach to apprenticeship training and development and demonstrated initiative and enterprise, innovation and creativity during a challenging past 18 months.” 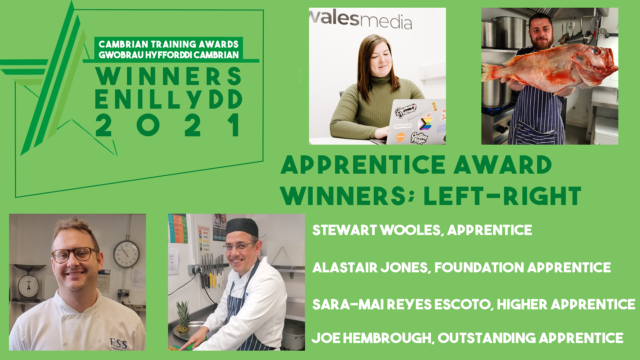 The Apprenticeship Programme in  Wales is funded by the Welsh Government with support from the European Social Fund.